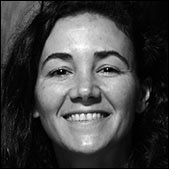 A California native, Diana received her B.A. from the University of California at Berkeley focusing on international relations and French. After graduating with honors, she moved to Paris where she worked for a French developer of database, multimedia and image & design software. Upon returning to San Francisco, she ventured into new media where she was involved in the marketing and production of interactive, broadcast and video content, as well as video production, voice-over and sound design. As a project manager and producer, Diana has also worked for documentary filmmakers, commercial photographers and an online apparel designer, manufacturer and retailer. Diana first cultivated her interest in digital archiving while working on a two volume set of catalogue raisonné of Pablo Picasso's artwork. With extensive experience in managing media development projects ranging from dynamic database driven websites to interactives for retail environments, she easily transferred her skills to the cultural heritage community and now collaborates with non-profit, arts and educational institutions seeking to preserve and share their collections online as well as to engage visitors on-site. Diana's love for culture, arts and history is focused on utilizing technology to optimize efficiency in workflows and to facilitate creating innovative ways of captivating and educating the public.