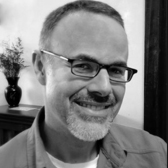 After growing up in Los Angeles, Doug traveled east to attend Brown University, and after graduation, he returned home to California and spent several years in the movie and television industry, including stints working closely with such legendary producers as Edgar Scherick and Scott Rudin. Later, his decision to attend law school at UC Berkeley brought Doug to Northern California, and although he ultimately chose not to pursue a path in law, he was inspired by the energy and creativity of the blossoming “dot-com” revolution of the late 1990s and settled in San Francisco. Throughout more than 15 years in the technology industry, at both large and small companies, Doug has focused on accelerating business performance, increasing operational efficiencies, and exceeding revenue targets. In his most recent position at Genesys (the largest privately held software company in the San Francisco Bay Area), he managed a sales operations team that was an integral part of the company&quos global maintenance and support renewals program, a line of business that they grew over 250% during his tenure, while increasing customer satisfaction and reducing churn.

By working cooperatively and cross-functionally with all levels of an organization, Doug has developed a keen ability to analyze complex issues and proactively implement solutions. Doug has built a career in account management and sales operations strategy, by helping companies maximize the value of their technology investments and, in turn, provide their own customers with an overall superior experience, and he is eager to bring this passion and insight to address the evolving challenges faced by cultural heritage institutions of all types.